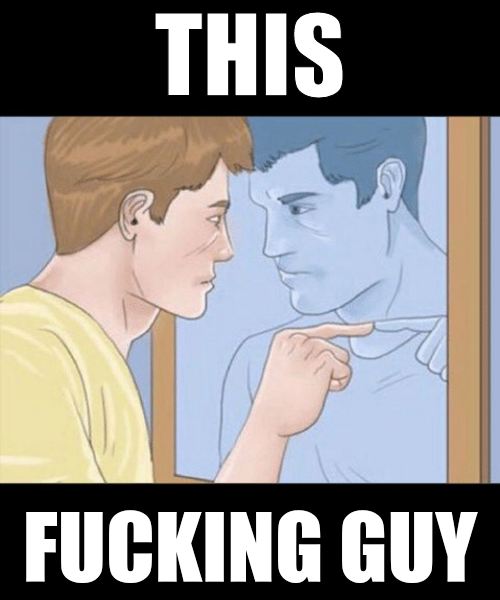 There are a great many ways one can work with their shadow, and a few variations of what that even means. I’m not, however, speaking from any perspective except my own unfortunately hard-won first-person here, but you should have an idea of what that means before we continue.

I spent enough time chasing the chemical uplift of some of the most aggressively addictive varieties ever weaponized by human hands that nearly the entirety of my being was bent towards the manipulation of feelings and the monopolization of the resources of others, always campaigning my propaganda for the next pack of lies. The metaphysical knots that constant denial, guilt, self-loathing, and general warping of consciousness tie a person up in aren’t exactly the bows on your shoelaces (if they were they’d be tied together and tossed over a power line.) But there is truly no limit to how far back to the other side one can swing. Back to hope, connection, involvement. I’m living proof. Sure, I’m still broke, but I’m happy.

And wasn’t that the whole point all along? As it turns out it was. It is. And one of the ways I combat the layers of leftover patterning that are ripe for the sloughing is to haunt the living shit out of my shadow. This is far less creepy than it sounds, and also far creepier, but incredibly effective once the ball gets rolling.

We all do and say things from time to time that make our cheeks hot, our stomachs rise, and our hearts sink. We all experience the utter horror of observing the self acting a fool at times, and in these moments we have tendency to beat ourselves senseless in ill-conceived strategies of self-discipline such as chastisement and verbal abuse.

Instead, I propose a cease-fire. Our egos are nothing more than survival programs running amok because we don’t have proper initiation rites or shamanic healing in most sections of the Western spiritual supermarket, nor sufficient training (and social acceptance thereof) to provide the tools for reprogramming our personal AI in order to regain it’s processing abilities as our asset.

Did you see what I did there? Somehow “ego” carries something more personal with it, doesn’t it? Ego is thought of as contained within us. If we look at the embarrassing decisions we make based on fear as our AI simply behaving like ill-programed protection software, suddenly there’s much needed emotional distance present and we find less inclination to slip into verbal flagellation. Far more genuine interest in understanding this strange phenomenon that so often gets mistaken for ‘I’ becomes instantly available and without the association of moments of blunder within the core self, there is no connection point for the self-deprecation to associate internally.

Just simply notice every time you feel you’ve said something ingenuine. Take a little note when you hear yourself lie unnecessarily. If you can feel your conscience being shoved in a cupboard, pause, breathe, and listen. Sit right there in that moment where your feelings are, right when they happen. You’ll begin to get a sense, over time, for what kind of person your shadow is, as it becomes defined by the impulses which are intentionally prevented from manifesting. It’s likely that you think that you know exactly what the darker sides of yourself are like already, but it’s always more complicated than you think, more nuanced.

At first, catching that these moments happen at all is sometimes difficult, but eventually the turnaround is just a few moments. Then, after a little more practice only a few seconds, and eventually they become second-nature to see coming ahead of time. The real trick is to catch yourself in moments of careless deed or tongue red-handed, prevent that action from taking place, and allow the shadow (the origin of the impulse to have acted in some less-than-desirable manor) to play out as it intended in your imagination. Just sit back and watch your dark side do something shitty from the comfort of a better now. I guarantee the threads you pull will lead to trauma that isn’t nearly as difficult to heal as it is to face.

Following these threads can unlock a fair amount of closeted scaries, but that closet is really not that big to begin with. We all have some sprucing up and airing out to do from time to time and I find it much easier to allow the shadow its room to act as it is compelled to rather than attempt to deny or stifle a force of nature. Often it’s the observations within the conscious mind (and the gratitude that comes with opting out of some dick move) that jolts our AI into making alterations to its protocol. That is, our observations differentiate which parts are ego, which are shadow, and give both the space to exist, but on our terms.

I, personally, like to watch my inner monster keep on talking in my imaginal realm as I roll my eyes, look over at my ancestors, and proclaim with a thumb gesturing,

This site uses Akismet to reduce spam. Learn how your comment data is processed.