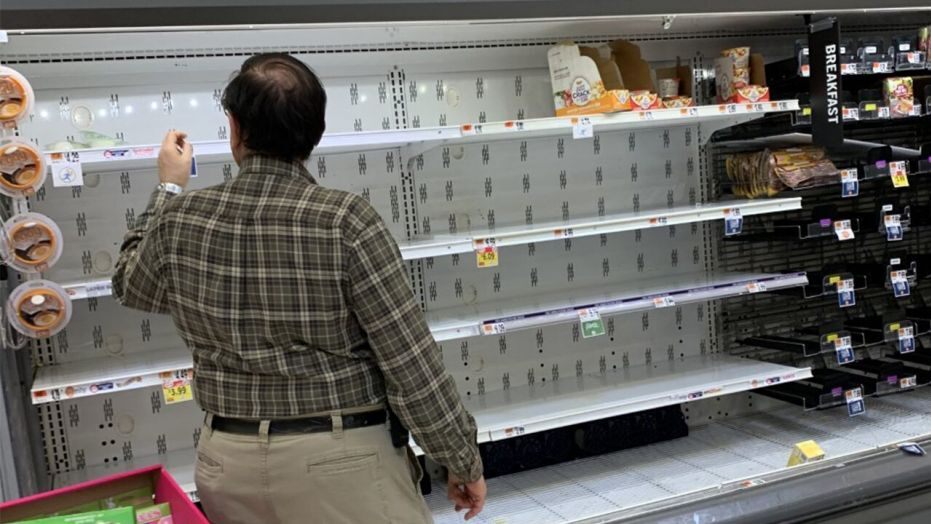 As I watched the latest episode of Last Week Tonight transmitted to one isolated room from another, I expected to find a usual creature-comfort in the familiar voice of a caring, humanist television show-host, but even the usual haunts for comfort seem to be… well, haunted.

But.. what exactly is a non-essential item? Who gets to determine the parameters of this classification and how much empathy do they have for those living with mental health conditions and behavioral disorders? Do they consider emotional well-being an essential? What about our health? Not prescription big-medicine stuff, but the thousands-of-years-old technologies of preventative medicine, including adequate time outdoors amongst the wilderness, exercise, and possibly the most crucial lynchpin in the delicate machine of human sanity: Interaction. We need it even when we’re healthy and happy and there are many people out there who aren’t either of those things on their best day. There are many who don’t have anyone at home and have no job to distract them. And what of them? Are the suicide risks less in number than the Covid deaths and is risk-assessment/loss-prevention and data analysis even the right way to make these decisions? Roughly 40,000 Americans commit suicide per year. How many more will it be this year?

Somewhere in a room there are a group of people, probably all white and male, who get to decide these things, but we all know what a world of essential items only looks like on a longer timeline.

Millions are out of work and we haven’t even begun to see the fallout from the relief loans taking longer than small businesses can manage to hang on in the interim. Not to mention the intentionally unrealistic requirement of keeping all your employees on payroll if you don’t want to pay the loans back.

I think what hurts the most is that the projected number of deaths in the U.S. is down to a low of 60,000 from an original 2 million, putting this pandemic on the scale of a normal-to-heavy flu season. And 80% of the deaths in the US, at this time, had preexisting conditions. So why didn’t we just isolate everybody with preexisting conditions instead of shutting down the whole world and causing another financial crisis complete with total bailouts for big business and maybe-if-you’re-good grants for small timers? I know this not. It’s impossible to even gleam a clue from the downright assault on sensory input and the constant shifting of numbers and positions that is keeping us all hyper-vigilant.

Meanwhile the richest (and nearly tax-exempt) commercial distributer the world has ever known is making every single dollar your local business is missing out on and Jeff is not inviting you to the Mars base.

The good news is, I’m not the only one feeling like an alien and you’re not the only one who believes that you need that dildo. I believe in your needs. We agree that what is inside of us and invisible must be cared for and tended to, that our interiority truly matters. That being said, there must be a lot of consideration that goes into the decision to put an Amazon delivery-person’s life on the line for your orgasm, but I trust your judgement. And the man protesting in the video didn’t want the employees’ health to be at risk, but he was somehow fine with Bezos taking them hostage in this can’t-afford-not-to-work scenario.

There are a lot of angles to consider here, but the only things I’m sure of is that the guy protesting  in the parking lot isn’t helping anybody and Last Week Tonight gets their news from the same untrustworthy torrent of manipulation that the majority of people do. From one isolated room to another, to another, to another. Who know what splendors lie beyond these cold walls?

Until next time. I hope I could make you smile today.